This one was quite the adventure to make! Having had quite the time making Apollo, I just had to make Projectarian’s other patterns! Of course a pattern sale just solidified that plan. Then being the yarn hoarder that I am, I also had yarn to burn through.

This particular one took me almost 3 weeks to make! The most time consuming part for me was the hair! After a few strands, I find I have to put it down and come back after a day or two. I don’t think the photos do the hair justice though. Using a “striping” yarn was definitely the right choice, and is now a must for any next Comets. This effect would definitely have been more difficult to achieve if I were to use solid colored yarn.

Want one of your own?

Just writing to announce new colors! Different colors can give your Cthulhu a different personality! 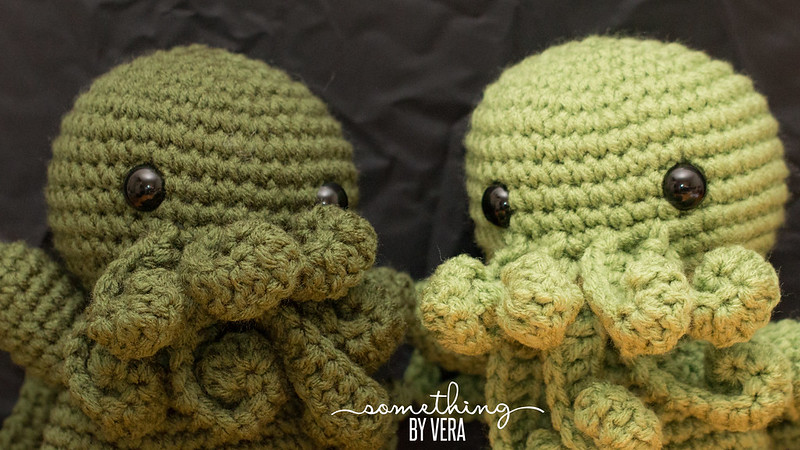 They are done! So cute and cuddly!

These pictured have been claimed by my daughter, so they are being debuted into my shop as made to order. Order yours here.

Now to figure out which one to make next!

Introducing “Work-In-Progress” or “WIP” Wednesdays! Every Wednesday, I’ll try to share whatever it is I’m working on that week. Don’t forget to follow me on Instagram for random WIP’s as well!

With the recent release of a new app called Pokemon Go!, I finally had an excuse to make these chubby cuties. This pattern is easy to follow and quick to make! 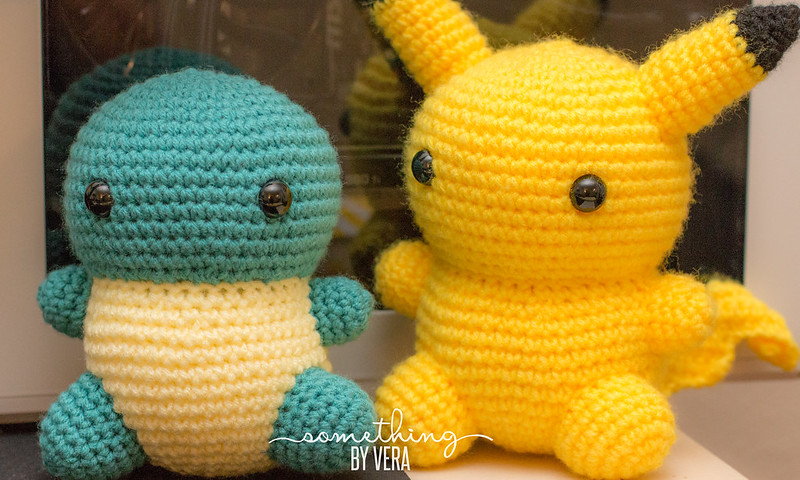 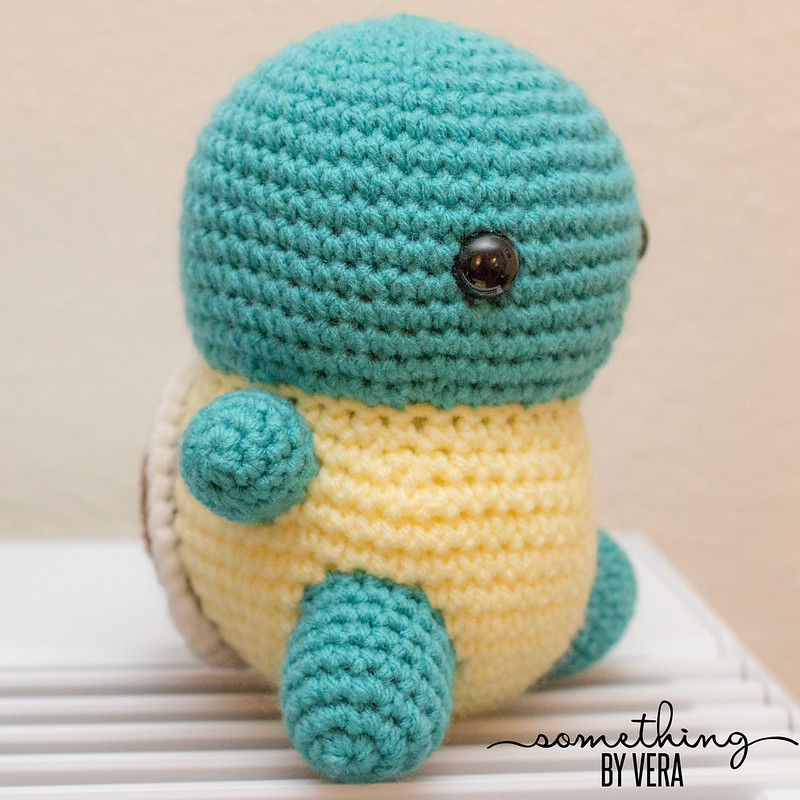 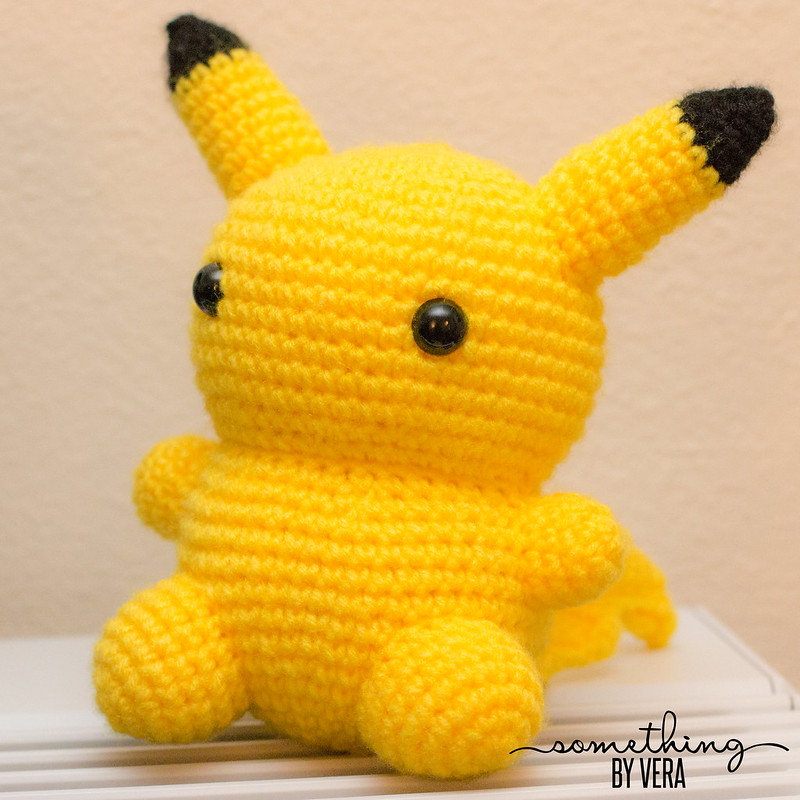 They still need some features, but Luna’s already claimed them for her own.

I’m gonna lose track soon on what part of “Adventures in Lalylala-Land” I’m currently at, thus the title. Anyways Mici is finally here! I feel it’s been a while since my last Lalylala creation.

This one used some metallic thread, which gives it a great effect! 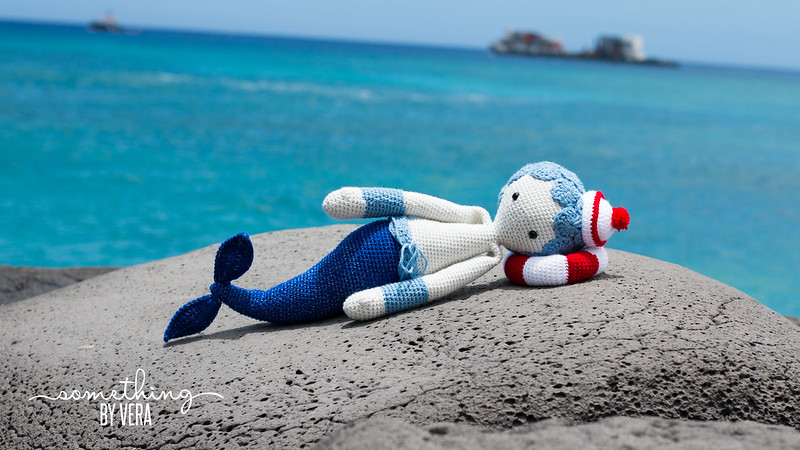 The main reason for this guy’s photo shoot delay was finding a location. But during the 4th of July weekend, we had a chance to drive a ways away from home and found a spot for him at the Kaka’ako Waterfront park. 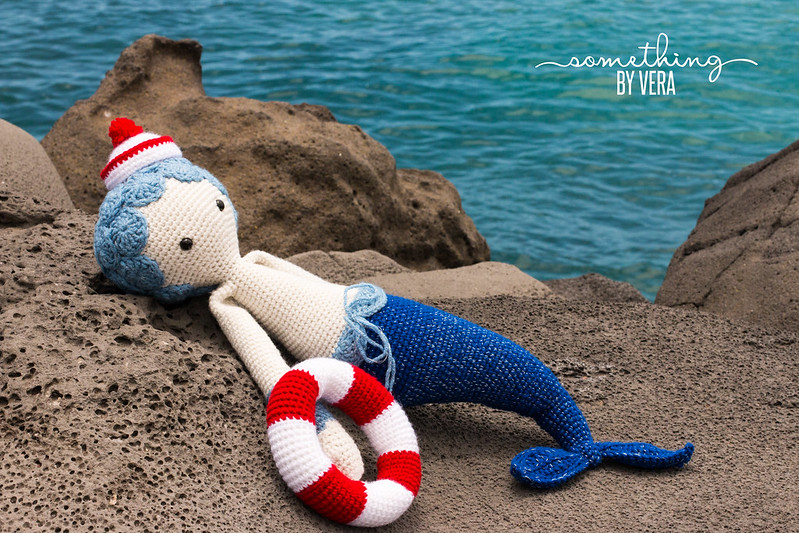 It was nice to have some ships around in the background, I felt it inspires a backstory for Mici. As if he wandered off and got stranded far away from home. Perhaps he could use a water-dwelling friend.

This may be the last sweet treat for now while I find and think of more treats to add to this line!

Another addition to the Super Cute Foods Line! This time it’s a strawberry milkshake!

It’s National Grape Popsicle Day! That’s all I know about that. So here’s a cute little grape-flavored popsicle to go with the other sweet treats I’ve been working on.